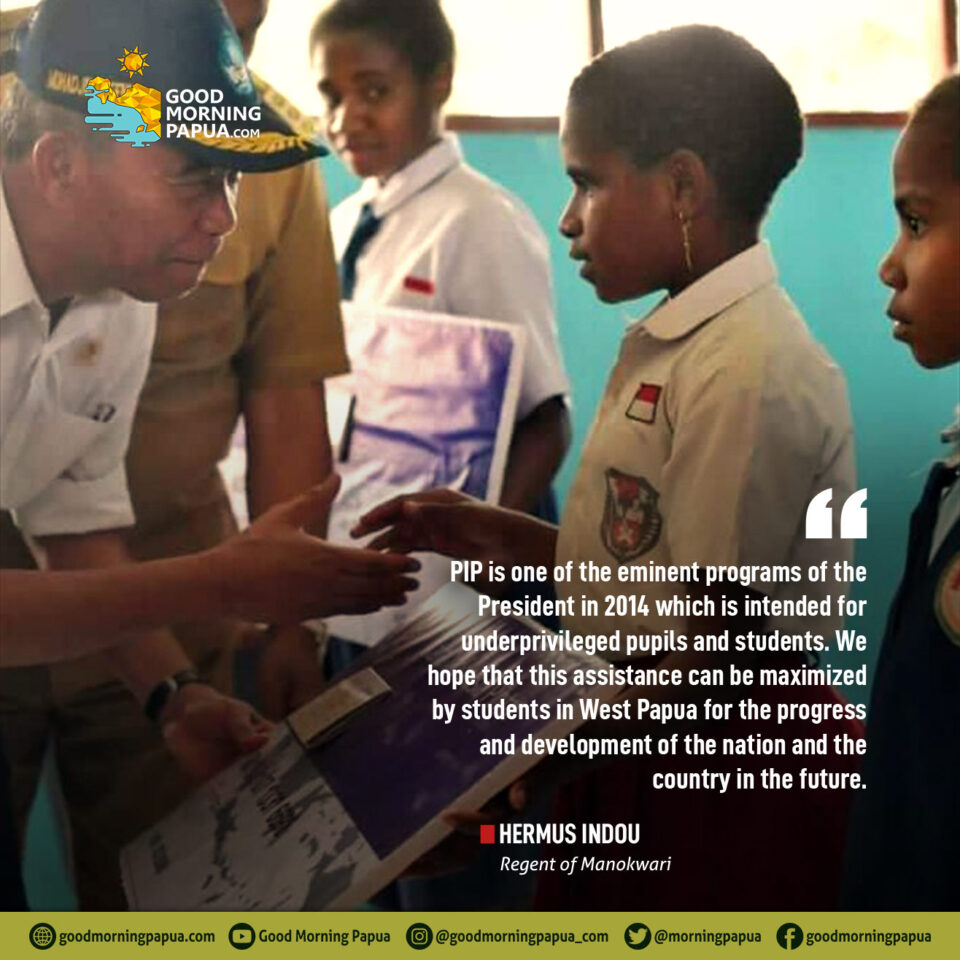 In his interview, Hermus Indou representing the Manokwari district government said that he thank cardinal Robert Joppy, who has brought and fought for the aspirations of the people, so that thousands of students in West Papua received PIP assistance.

“We should be grateful that the Ministry of Education and Culture has approved the names of students who have been proposed by each regional head in West Papua,” said Hermus.

Hermus explained, PIP is assistance from the Central Government through the Ministry of Education and Culture, which is a partner of Commission X DPR RI to assist the West Papua Provincial government in responding to the wishes and expectations of students who have not received educational assistance.

“PIP is one of the eminent programs of the President of the Republic of Indonesia Joko Widodo in 2014 which is intended for underprivileged pupils and students. We hope that this assistance can be maximized by students in West Papua for the progress and development of the nation and the country in the future,” hoped Hermus.

Yapen Local Government Assists IDR 1.5 Billion for the Building of the Peniel Church

A Viral Video on a Group from Papua New Guinea Supporting KKB, Here’s the Explanation of the Indonesian Ambassador

Law Enforcement Against the Provocation and Hate Accounts at Papua