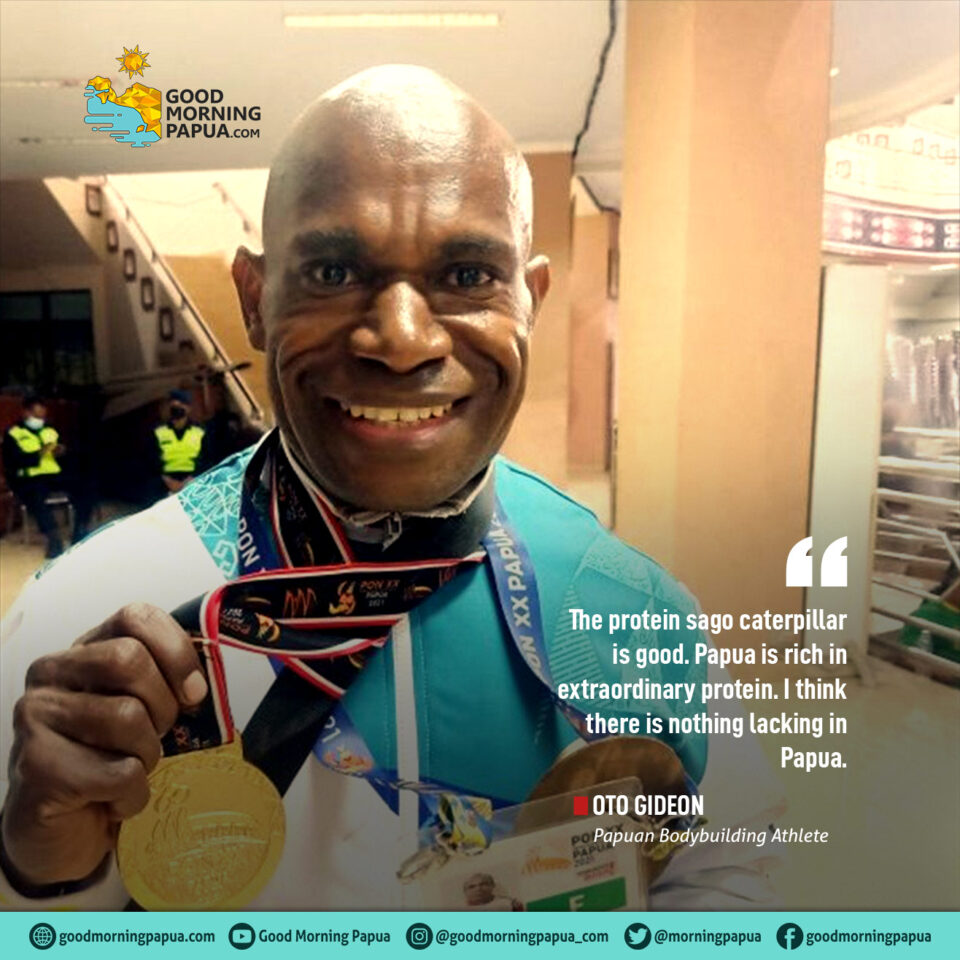 goodmorningpapua.com – Sago caterpillars are one of the typical Papuan cuisines that are worth a try. Although it looks extreme, in fact the larvae of this red coconut beetle taste delicious and nutritious, so that making it a favorite for Papuan PON athletes.

“The protein sago caterpillar is good. Papua is rich in extraordinary protein. I think there is nothing lacking in Papua,” said the 65 kg class PON XX Papua gold winner, Monday, October 4, 2021.

Based on research, the sago caterpillar (Rhynchophorus ferrugenesis) which often lays eggs on the top of the sago tree has 9.34 percent protein or almost half of red meat which reaches 28 grams of protein per 100 grams of consumption. The animal also contains several essential amino acids, such as aspartic acid (1.84 percent), glutamic acid (2.72 percent), tyrosine (1.87 percent), lysine (1.97 percent) and methionine (1.07 percent). ).

As stated by Oto, the taste of sago caterpillars is similar to the sensation of eating chunks of beef fat but with a stronger tinge of savory taste. “This sago caterpillar can be cooked by burning or boiling. But it is more delicious to burn,” he said.

See also  Pandemic, a Golden Opportunity to Catch Up of an Educational Technology in Papua

Another athlete who likes sago caterpillars is Edoardus Apcowo. The bodybuilding gold winner in the 75 kg PON Papua class admitted that he likes processed sago caterpillars that are burned and then wrapped in fresh vegetables.

“In my opinion, the sago caterpillar is more similar to the taste of salmon. It is very suitable for body protein,” said Edoardus.

The price of sago caterpillars in a number of culinary locations in Papua is priced at Rp.45 thousand to Rp. 50 thousand per 25 heads. In nature, these caterpillars are easily found in sago tree plantations.

Government Collaborates with ITS to Build Transportation Mode in Papua

There are Many Destinations, West Papua Tourism Gets Ready to Go being Global