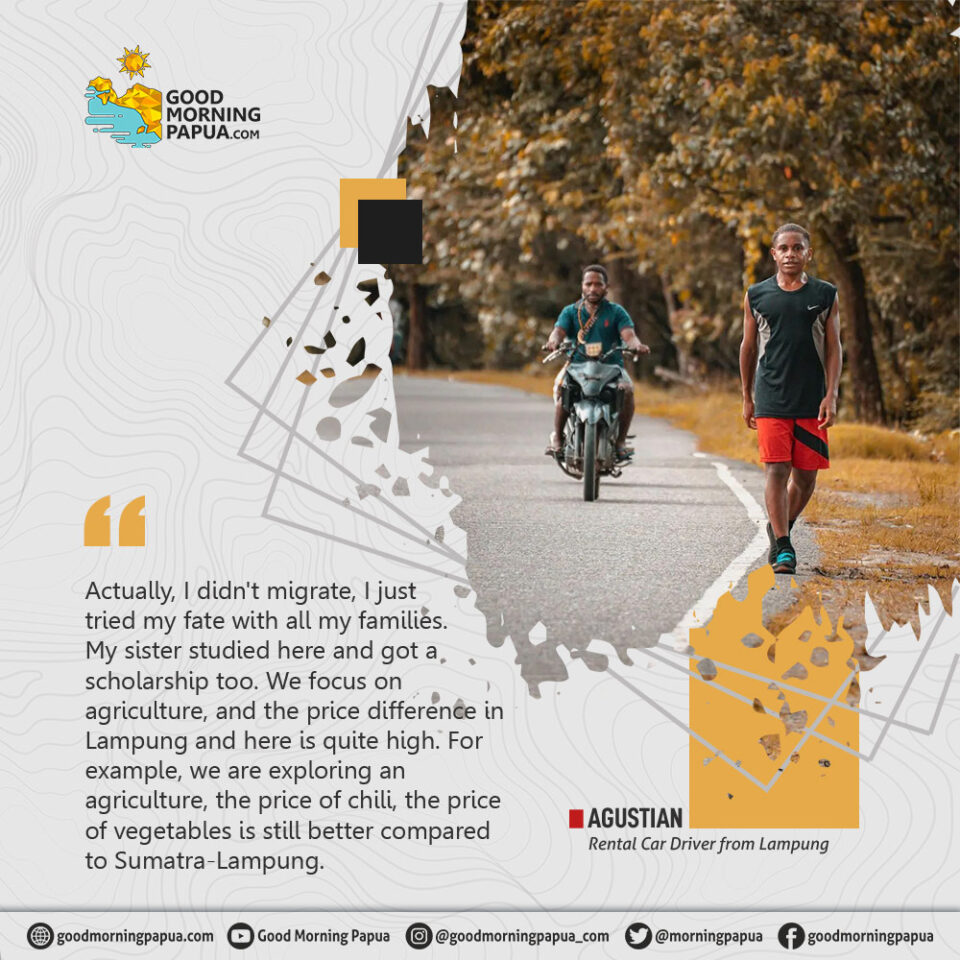 goodmorningpapua.com – Here is the story of a transmigrant family who now lives in Sorong City, West Papua. They are from Lampung, but their great-grandfathers are from Kebumen, Central Java, Central Java.

Some time ago, goodmorningpapua.com met Agustian (23), a rental car driver. The way he communicated in Javanese attracts our attention because it was usually the nomads from Makassar who used to go back and forth  in Sorong.

“We have been here since 2013. Originally from Lampung, but we can speak Javanese because my great-grandmother was from there and became a transmigrant to Lampung,” explained Agus.

“All of me, father, mother were born in Lampung. My mother is from Central Java, Kebumen area. I have only been to Java once to this extent,” he added.

Agus then explained why he and his family moved to Sorong City, West Papua. He said he went all the way to the ends of Indonesia to seek his fortune again.

“Actually, I didn’t migrate, I just tried my fate with all my families. My sister studied here and got a scholarship too,” he said.

Then, what is the difference of price in Lampung and Sorong?

Papua land as being promised. Not only the price of chili commodities that can make lips smile, but this reason is also one of the factors.

“Meanwhile, there is no season here. In Lampung, there are two seasons in one year,” said Agus.

Currently, apart from working as a rental car driver, Agus is also still managing agricultural land. The full story of Transmigrants in Sorong, West Papua continues in the next article.

An Indonesian Legend of Women’s Basketball Jacklien Ibo Passes Away

A Ricky Cawor’s Profile: The “Sharp” Pearl of PON Papua

With a Bank Loan, This Papuan Woman Has Successfully Built a Business of Chip in Nabire

National Hero from Papua, Enshrined in Currency and Name of Warship