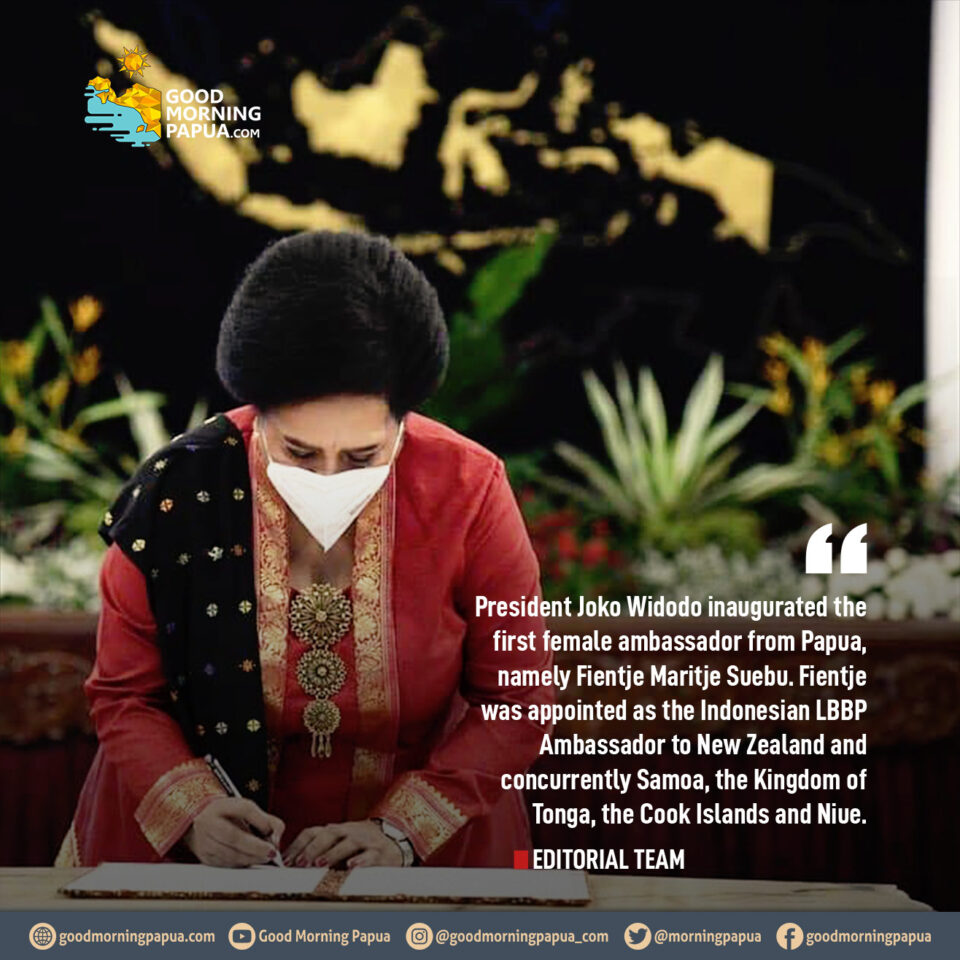 “I swear/promise that I will be appointed as ambassador extraordinary and in full power to be loyal to the 1945 Constitution of the Republic of Indonesia and will carry out all laws and regulations as straight as possible for the sake of my service to the nation and state,” said Jokowi followed by three ambassadors, at the Presidential Palace in Jakarta, Wednesday (12/1).

The ambassadors promised to be faithful to all orders and instructions of the central government. They also promised to fulfill all responsibilities while serving in friendly countries.

Fientje is a woman born in Sentani who studied at the Foreign Service School. After graduating, she worked at the Ministry of Foreign Affairs for 31 years.

She has served as Deputy Head of Representative at the Embassy of the Republic of Indonesia to India. In July 2021, the DPR declared Fientje to have passed the fit and proper test as an ambassador.

Fientje replaces a politician from Golkar Party, Tanthowi Yahya. The former well-known presenter has served as the Indonesian LBBP Ambassador to New Zealand and concurrently Samoa, the Kingdom of Tonga, the Cook Islands, and Niue since 2017.

Papua is Important for Indonesia

History of Sentani Airport: Built by Japan, Seized by the US, Controlled by the Netherlands

Good News, a Governor Lukas Enembe Returns to Papua After Medication in Singapore

Getting Viral, A Foreign Pilot Has Angry Using Indonesian in Papua