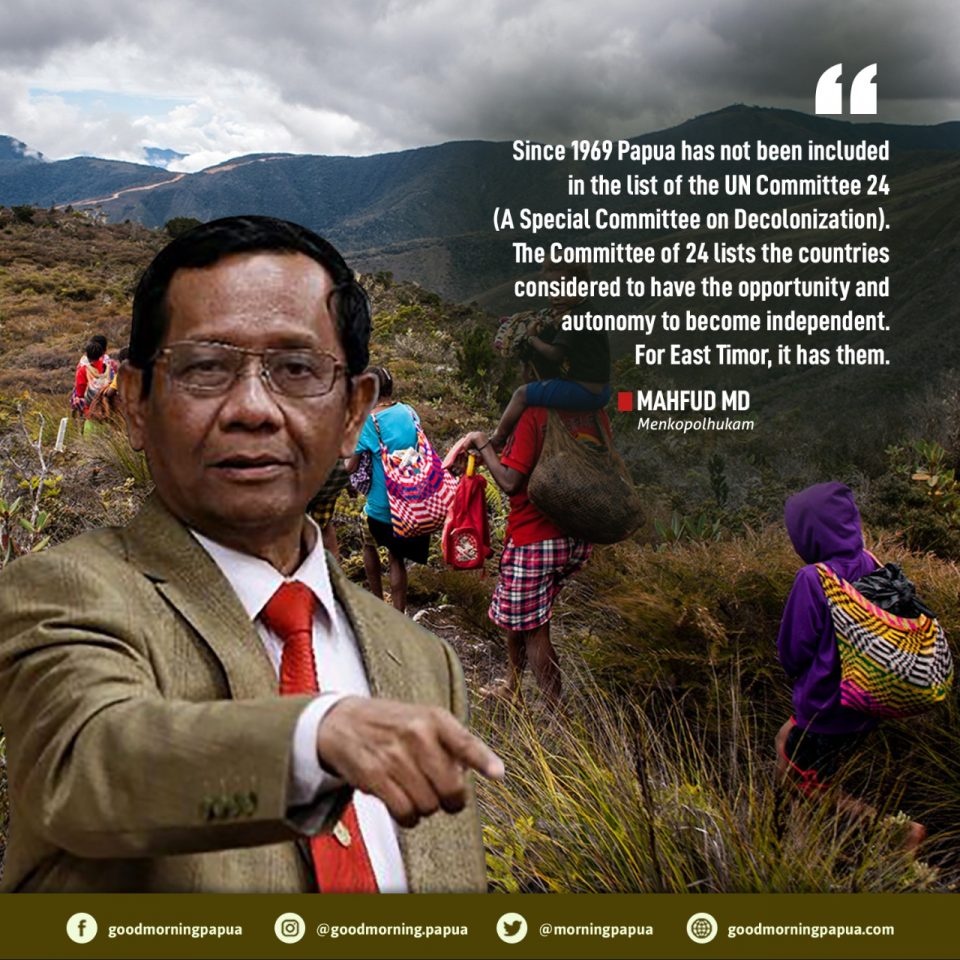 goodmorningpapua.com – A man claiming to be the ambassador (Dubes) of the United Liberation Movement for West Papua (ULMWP) was blocked while addressing the United Nations Permanent Forum on Indigenous Issues (UNPFII) at New York. His action was banned when he tried to voice freedom of West Papua.

The man is John Anari. He is the leader of the West Papua Liberation Organization (WPLO) and claims to be an ambassador of the ULMWP. Two years ago, similar actions at the same forum were also blocked.

To be noted that this rejection is quite reasonable  since  the Declaration of the Provisional Government of West Papua (West Papua Provisional Government, consisting of Papua and West Papua Provinces) by Benny Wenda, Chief of the United Liberation Movement for West Papua (ULMWP) on 1 December 2020 was also rejected by various parties. Not only from the Indonesian government, but the disagreement also came from internal organizations and pro-independent Papuan group.

ULMWP is an major organization formed by three organizations in 2014 and aims to liberate West Papua from Indonesia.

In fact, in December 2020 the Coordinating Minister for Political, Legal and Security Affairs (Menkopolhukam) Mahfud MD firmly stated that the ULMWP wanted to create “an illusory state,”  namely “a not exist country”.

if referring to the three conditions of the establishment of a state, namely there are people, territories, and acknowledgment of other countries, then which one of government recognizing it to be government? Papuans themselves do not admit it either. Mahfud also emphasized that Papua was a part of Indonesia since the Popular Opinion Determination (Pepera) in 1969. He said it was impossible for the referendum to be held twice.

“Since 1969 Papua has not been included in the list of the UN Committee 24 (A Special Committee on Decolonization). The Committee of 24 lists the countries considered to have the opportunity and autonomy to become independent. For East Timor, it has them”, explained Mahfud.

What was done by chief of ULMWP, John Anari, was clearly a denial and problematical act. Cahyo Pamungkas, a researcher from the Indonesian Institute of Sciences (LIPI), said that every political organization in Papua has different historical backgrounds. The OPM, for example, inherited a tradition of armed struggle. Meanwhile, ULMWP arose during the special autonomy era in other words in the democracy era.

According to the Instruction of the Minister of Social Affairs, The Logistics Assistance Arrives at the Yalimo Airport, Papua

An Esports Exhibition for PON XX Papua 2021 Officially Gets Opened

COVID-19 Patients in Jayapura City are Found Again, here is the Symptom