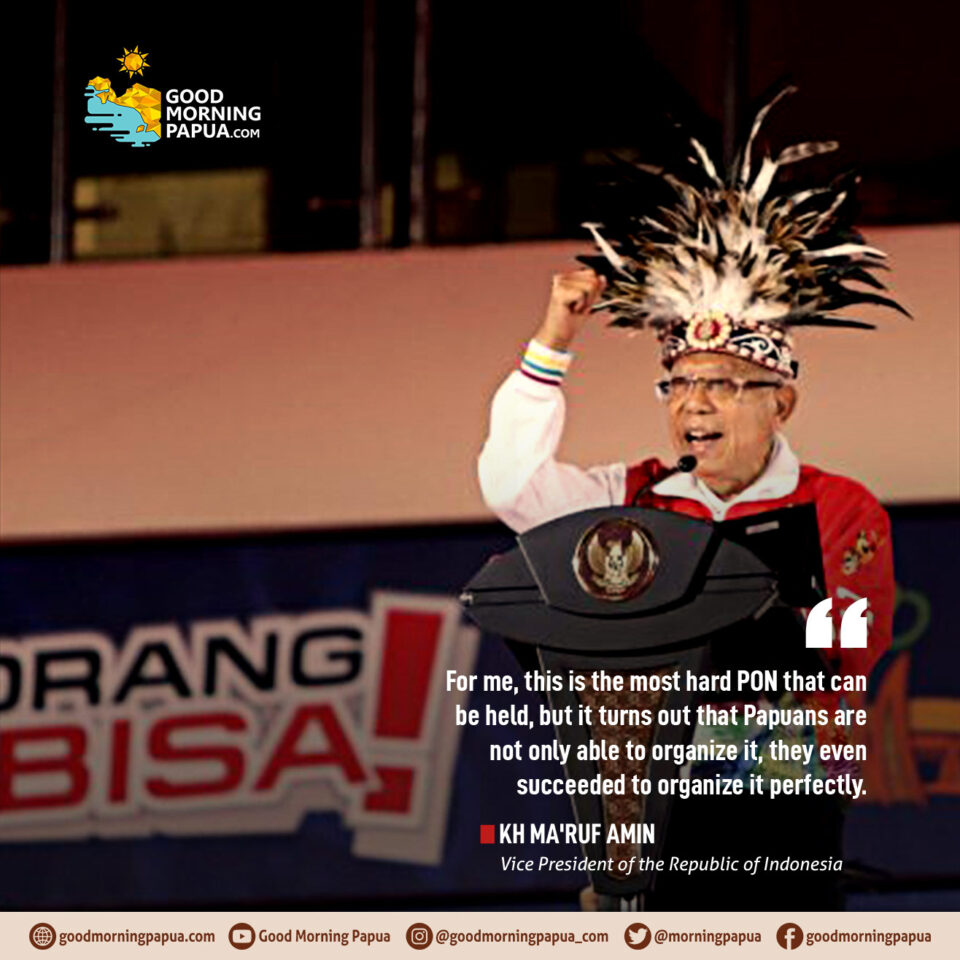 goodmorningpapua.com – In his speech, Ma’ruf Amin conveyed three important records that made the implementation of the XX PON which has been successfully held from October 2 -15, 2021.

The three important notes are, first, the construction of sports infrastructure which is carried out very massively with international quality standards to support XX PON.

Likewise, the distance between the venues is the furthest and has never been held in PON so far. The third note is that PON XX was held in conditions of the Covid-19 pandemic which required extra work.

“For me, this is the most hard PON that can be held, but it turns out that Papuans are not only able to organize it, they even succeeded to organize it perfectly,” said Ma’ruf Amin.

Ma’ruf Amin also congratulated the Papuan people for successfully organizing the XX PON and has shown that Papua is not only equal to the provinces in Indonesia but is superior in several aspects.

“This is in accordance with the slogan of people can (we can), and people can be not only a slogan but also real and proven,” added Ma’ruf Amin.

As for several other important records in the 2021 national event in Papua, the Central KONI noted that there were 60 new records created in XX PON. Five of them were created in the sport of diving.

From 37 sports, 65 disciplines with 681 match numbers, West Java Province became the overall champion and the XXI PON 2024 will be held in Aceh and North Sumatra.

Marvelous Residence, Tourists and the Beauty of Waena

Sago Caterpillars, a Papua’s Favourite Culinary that is Rich in Protein

Preparing the Central Papua, the Construction of Road and Mayor’s Office Begins

Papua Ministry of Religion: Pancasila is the Foundation for Action within the Framework of the Unitary State of the Republic of Indonesia